With the growing awareness of the threat from rising seas, there is a fundamental point of confusion. It is widely believed that “green projects,” energy efficiency, and better public transportation can “solve sea-level rise.”

This popular notion is even showing up in candidates’ platforms for the upcoming election. It is simply wrong. 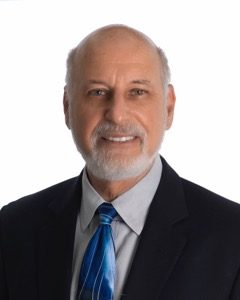 The warming of the planet, now about 1.5 degrees Fahrenheit over the last century and headed for at least double that level, correlates with increased carbon dioxide levels in the atmosphere from fossil fuel use — the so-called greenhouse effect. Even the controversial 2015 Paris Climate Agreement only aims to keep the temperature rise to 50 percent further warming, and recognizes we are not instituting the changes to reach even that modest goal.

Efforts to slow and reverse that warming should be our highest priority. Those efforts should focus on reducing energy consumption and switching to renewable sources, such as solar energy. Improved mass transit, electric vehicles, and more use of bicycles are all efforts that will contribute to slow the warming.

Also, developing technology to remove carbon from the atmosphere or lock carbon in plant matter — trees, the Everglades and even algae — can help reduce the warming atmosphere. But none of those efforts can soon stop sea-level rise.

Rising sea level is primarily caused by the melting of the ice sheets on Greenland and Antarctica, which is happening at an accelerating rate because of the extraordinary heat alreadystored in the oceans. The oceans also expand slightly as they continue to warm. Those two causes of rising sea level cannot be stopped in the next few decades, even if the entire world could magically switch to 100 percent solar energy right now.

Our oceans, atmosphere, and planet have gotten warmer primarily because the heat-trapping CO2 (carbon dioxide) level is now 410 PPM (Parts per million), 40 percent higher than any time in the last 10 million years.

That greater atmospheric insulation adds heat to the sea equivalent to four nuclear bombs every second of every day. Like a giant outdoor swimming pool, the ocean retains heat even if the air temperature cools. That extra ocean heat will continue to affect our weather and melt glaciers for many decades, even if we can slow the warming.

The latest projections from International and national science organizations and the Southeast Florida Regional Climate Change Compactsay that we need to plan for a few feet of higher sea level by mid-century and as much as 6 to 8 feet by the end of the century.

Thus, it is imperative that we now separate three quite distinct problems and solutions. A solution to one will not soon have any effect on the other two.

Our futures require that we design and implement personal, community, and governmental policies to respond to these three threats: elevated greenhouse gases, extreme weather events, and sea level rising ever-higher.

It is great to see that politicians, the public, and professionals are developing greater concern for climate change and rising sea level. Recognizing that these three challenges demand separate solutions is the only smart path forward — and upwards.

John Englander is an oceanographer and author of “High Tide On Main Street.”  He is also President of The International Sea Level Institute, a new nonprofit think tank and policy center. His weekly blog and news digest can be found at www.sealevelrisenow.com

Monday Was A Big Day In Climate And Economic News. Here's What South Floridians Should Know

Now is the time for Florida to phase out fossil fuels; here’s how to make sure everybody benefits

by The Miami Herald Editorial Board

DeSantis can rescue Florida’s wetlands. Will he?

Monday Was A Big Day In Climate And Economic News. Here's What South Floridians Should Know