by Emily Derrenbacker
in Influencers
0

It’s time for Florida politicians to wake up to the environmental issues that are affecting the state’s coastal communities.

I live in Stuart on the state’s Treasure Coast and sea-level rise is a huge threat to our region. Sea levels are expected to rise 17 inches by 2040 and 40 inches by 2070. Hotels, restaurants, and small businesses will not survive this. And as the climate grows hotter, hurricanes and tropical storms will become more damaging.

A partial solution to these threats exists in a bill sitting in Congress right now. H.R. 3541: Coastal State Climate Preparedness Act of 2019. It would provide help to coastal states that choose to develop a coastal climate change adaptation plan. 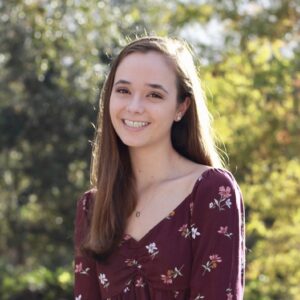 Critics often say that switching from burning fossil fuels to renewable energy is just too expensive. But the economic impact of doing nothing will be far worse.

The Treasure Coast relies on the natural beauty of the environment to attract tourists and snowbirds. In U.S. Congressional District 18, tourism and recreation alone contribute $2.3 billion to the economy. These industries also provide 46,384 jobs, according to the Business Alliance for Protecting the Atlantic Coast.

Oprah Winfrey listed Stuart as one of the top 10 most charming small towns to visit in her magazine, but unless work is done to curb sea-level rise, this town and the rest of the Treasure Coast will eventually end up underwater.

If sea level rises 24 inches, about $7.5 billion in Treasure Coast property will be destroyed. Popular beaches will be eroded, homes will be swept away, people will lose their livelihoods, and the part of District 18 that drew people to visit will be gone. It’s the government’s job to ensure the future prosperity of our community.

District 18 Republican Rep. Brian Mast has not given enough attention to sea-level rise.

According to Florida Politics, the majority of Floridians are concerned about sea-level rise, but if nothing is done to reduce this threat, District 18 will be woefully unprepared. H.R. 3541 would provide the preparation that communities need by directing the Department of Commerce to prepare for sea-level rise by working with communities to create a response program that is specific to a local area.

We can’t keep pretending that sea-level rise isn’t an immediate threat. Pressure needs to be put on the politicians to enact legislation that will begin to address this pressing problem. If we don’t care, our representatives won’t either.

Emily Derrenbacker lives in Stuart, Fla. and attends Stetson University where she is a sophomore studying English and Social Science. You can contact her at emilyderrenbacker@gmail.com

“The Invading Sea” is the opinion arm of the Florida Climate Reporting Network, a collaborative of news organizations across the state. It is supported by a grant from Environmental Defense Fund.

Climate Change is an issue that should unite our divided country

Florida should embrace renewable energy, not resist it

Wanted: New conservative leadership to address the challenges of the climate crisis