With Biden as president, the EPA can return to the business of protecting Florida and the nation from climate change

by Richard Emory Jr.
in Influencers
1

Now that Joe Biden is President, the EPA should be able to help Florida better cope with the climate crisis. As Biden “builds back better,” here is what we all should be watching for:

Some conservative senators tried to strip these provisions from the bill but they failed. It is unfortunate that the old Congress could not seem to pass laws except through package deals. But the result is still some real environmental progress, and it shows that there is some bipartisan support for the environment. The new Congress will be able to have a more considered and prudent process, one measure at a time, to produce even better results.

Here are two important and substantive provisions of the big bill:

— Phasing Out Hydroflourocarbons – These frightful greenhouse gases that we call R-410A and use in our home AC systems are destroying our climate.  The new law empowers EPA to cut the production and use of HFCs by 85 percent over the next 15 years, and fulfills our global treaty requirements. Just these reductions in HFCs here and around the world could reduce global warming by a half degree.

Also there has been plenty of good news in the private sector. Expensive and inefficient, coal-fired power plants have continued to close. Also, about half of the auto companies rejected Trump’s effort to reduce vehicle fuel-economy standards for gasoline and diesel.

GM and many other automakers plan to market many electric models. The Dow Jones Average removed Exxon, and some big oil companies are now looking to diversify away from fossil fuels. Now the largest U.S. energy company is NextEra Energy, a partly “green” electricity producer.

Only nuclear power has the capacity to supply the baseload on nights with no wind. Fortunately, even Trump’s Department of Energy has maintained some support for R&D into advanced nuclear power plants that will be clean, safe, climate-friendly, and made in America. And in a few years, we will be importing from China small, modular, mass-produced nuclear reactors.

And many U.S. cities and states have passed laws to set goals or even mandates for more clean, renewable energy. With so much support underlying Biden’s national efforts, he can build on all of these developments to power us forward.

What Biden Can Do Immediately Without Congress

Trump tried to eliminate about 180 protections for animals and allowed more drilling on federal lands and destruction of natural wetlands. He tried to allow more toxic waste dumping, lifted or blocked control of some frightful pesticides, and favored many types of water and air pollution.

But some of these rollback efforts were not completed, and more were stopped by the courts. Even conservative federal judges have been ruling that a science-based EPA regulation cannot be abolished on a political whim when there is no proof that the science had changed. So — without involving Congress — Biden is signing executive orders to restore most domestic environmental protections that were put in place before 2017 and then suspended.

Also, Biden has rejoined the Paris Climate Accord – more about this below.

Many new environmental and climate protections will require new substantive laws that will require 60 votes in the Senate, unless the filibuster is repealed. Of course, the hope is that soon we will have public infrastructure legislation and incentives for manufacturing in America of climate-friendly, clean energy equipment.

With big profits to be made, conservatives may well endorse such legislation.

However, no matter what we do now it may be too late to save much of Florida and all our coastal cities from chronic flooding in this and the next century. Yet we can slow or delay this fate, and the two most important things Biden can do are:

1. Pricing Carbon to Include Its Full Social and Environmental Costs

Conservative leaders have proposed a sophisticated policy instrument to accelerate our switch to a climate-friendly economy.

James Baker, George Schultz, and Hank Paulson, and many former Republican appointees to the Council of Economic Advisors and to the Federal Reserve, all favor a “carbon-fee-and-dividend.” They assert that the “magic of the free marketplace” can save us from climate chaos. They like that fee money collected will not go to the government; the policy is “revenue-neutral.”

The “dividend” of the policy means that all carbon-fee money will be rebated equally to every American. When consumers and businesses receive their cash rebates, most will not choose to pay the fee to continue to buy climate-killing fuels and products.

Many, many Americans will make the free-market choice to buy EVs, hydrogen-powered trucks and buses, and roof-top solar-panels. This can happen very fast, just like today’s new and better flat-screen TVs, lap-top computers, and I-phones swept away the old-style, obsolete electronic products.

China already leads the world in the production of big nuclear reactors, solar panels, wind turbines, most of the rare-earth minerals crucial to the production of lithium batteries, and so many electronic consumer products.

The free market will put more political and economic pressure on the U.S. if we fail to keep up with China.  With new legislation encouraging domestic manufacturing, more of these products can be “made in America,” keeping jobs at home and collecting state and federal taxes now avoided by our off-shoring corporations.

The Paris Accord sets goals that are both too low and optional (unenforceable), and it does not prescribe tools to actually achieve any goals that willsave us.

Any nation is without constraints to keep killing the climate.

But since Jan. 20, the nation is no longer an outlaw, rogue nation. When Biden again signed the Accord, we rejoined a family of more than 190 nations – including China. China recently set new and higher goals for climate protection, and now there is no competitive reason for the U.S. not to protect the climate no less than China.

Under an effective, new treaty, its many members will use trade sanctions to punish any uncaring, rogue nation that refuses to sign or fails to implement the treaty.

A Final Word about EPA’s Role

So, what will it take to do these things? 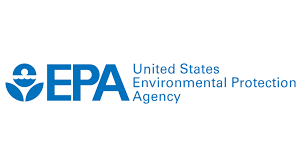 Because Congress mostly rejected Trump’s efforts to slash the domestic budget for federal programs affecting the environment, many of the expert career staff and resources are still in place. But there are too few of them. Since 1980, the EPA has shrunk to half its personnel and budget. It must be expanded.

If you think the EPA cannot do what is needed, you are wrong. Let’s recall a few EPA highlights:

— 1972 – saved the American eagle from extinction by pesticides;

— 1980s – using cap-and-trade, took the lead out of gasoline that was causing brain damage in urban babies;

— 1980s – stopped toxic waste dumping across America by too many of our biggest and finest corporations, many household names;

— 1990s – cleaned up much water and air pollution, and again used cap-and-trade to stop acid rain from power plants that was killing northern forests and lakes; and

— most important, in a treaty with 197 other nations, since 1990 EPA has been protecting the natural ozone in our stratospheric sun shield from destruction by escaping man-made gases, mostly refrigerants and propellants.

We are still suffering too much skin cancer and too many cataracts. But global cooperation is

working to stabilize the ozone shield that protects us from too much solar radiation. This treaty, called the “Montreal Protocol,” is the model for an effective climate treaty to upgrade the inadequate Paris Accord.

To EPA professionals, climate change is just one more air-pollution problem to be addressed and solved.

In the future, if America elects a President who again crushesscience and the EPA under the whims of his political appointees, we risk our doom.

I cannot overstate the magnitude of the threat from climate chaos. If we continue killing the climate, in about 200 years we will have so poisoned both the air and the sea as to threaten our survival on Earth.

We must protect our EPA from political manipulation and price carbon to include its true social and environmental costs. We must pursue climate protection globally with the same rigor and continuous improvement as the world has shown we can achieve by applying the MontrealProtocol.

Then we will have more time to build barriers and to retreat to higher ground as the sea moves in, and we will save our species from extinction in the 23rd century.

Richard W. Emory, Jr. is the author of “Fighting Pollution and Climate Change:  An EPA Veterans’ Guide How to Join in Saving our Life on Planet Earth,” available at www.fightingpollutionbook.com . He is the former top lawyer for all EPA investigations of pollution crime, has worked globally in EPA’s foreign assistance mission, and is retired seasonally in south Florida.  To see him present this topic, visit:https://www.youtube.com/watch?v=9XCnUbBkUKg  .