by William Coty Keller
in Influencers
0

By William “Coty” Keller, an ecologist

The Sunshine State ranks second from last (behind Alabama) in solar energy per capita. Florida Power and Light projects a mere 25 percent solar contribution by the end of the decade with less than 2% generated by rooftop solar. That figure falls short far of the 70-100% required to reach zero carbon emission by the end of this decade in order to reduce the current economic and humanitarian crises from rising global temperatures.

Global warming aside, solar is the cheapest way to make electricity, even when including the cost of battery storage. Plus, Florida’s rooftop solar industry currently employs about 9,000 directly and over 40,000 including related businesses. Multiply that by ten or twenty-fold needed to max out rooftop solar and a rosy economic job picture emerges.

Net metering, which is under attack in Florida, is the economic key to residential rooftop solar. Net metering allows excess solar energy to be exported back to the grid on a 1-to 1 basis. This means every 1 kilowatt hour (kWh) sent to the grid will be offset against 1 kWh used from the grid.

Net metering benefits both the utility companies and customers. Rooftop solar customers make money by saving on electric bills while producing zero emission energy. The utilities make a profit by selling the cheap electricity provided by customers. Net metering is a win-win arrangement.

The proposed bill (Florida Senate Bill 1024, House Bill 741) would change all this. Excess rooftop solar power would no longer offset power used from the grid. Instead, excess power would only be credited at “avoided cost” (about 3 cents/kWh) each month instead of being available in future months to offset the use of electricity coming from the grid (about 12 cents/kWh). Utility companies would also add monthly fixed charges, access fees, or minimum bills as they see fit for solar customers.

If it becomes law, this bill will remove the primary financial incentive for homeowners to invest in rooftop solar. The industry will tank, and those 9,000 jobs (plus related businesses) will be lost. 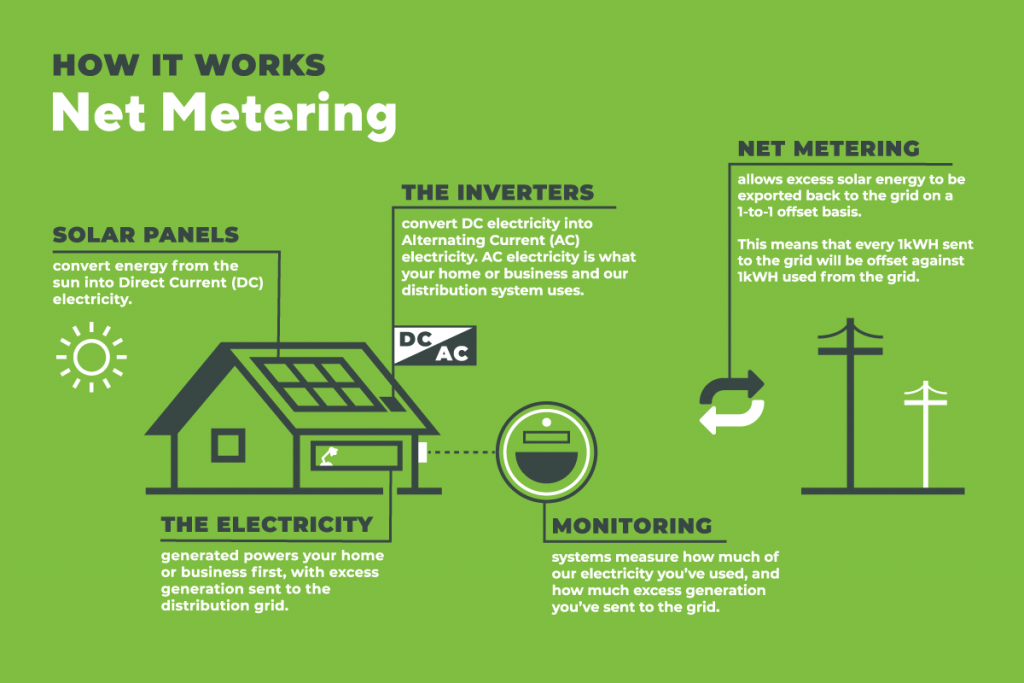 The latest attempt to kill net metering in Florida must be squelched now. Instead, the Florida legislature should expand current law to include Virtual Net Metering, which allows utility customers to share the electricity output from a single solar power generator. Think of the millions of condo owners who would like to install a common solar system. There are also customers who otherwise are not now able to install solar panels on their homes, either because they’re renters, they can’t afford panels on their own or due to structural or shading issues. Virtual Net Metering would enable customers to access solar energy through a community effort.

Electricity is a BIG part of the climate solution, and state governments regulate utilities. Florida’s most important role is in the generation of electricity from non-emitting sources of power. One law can make this happen: a law that requires utilities to generate 100% of their power by non-emitting energy sources (nuclear, solar including rooftop, and/or wind) by 2030. This is called a “Low carbon electric portfolios standard,” and is referred to as “the most powerful arrow in the governments quiver” by the Union of Concerned Scientists.

To assure incentives for rooftop solar, this law must give utilities credit towards the 100% goal for the rooftop solar of their net metering customers.

Take action now: Tell your senator and representative to:

These laws will save customers money on electric bills, create hundreds of thousands of jobs, and give all a chance to avoid the worst that rising temperature bring.

William “Coty” Keller is an ecologist working to conserve and restore the natural relationships among living things and the environment.  He lives and works in Port Charlotte. https://www.ecopapak.org/. This article was originally published in The Critical Times, January-March 2022.

FPL wants to control solar power. And state lawmakers are doing its bidding

by The Miami Herald Editorial Board