by Shauna Junco
in Influencers
0

Utility companies in the state of Florida are at it again, and your health is at risk.

State Sen. Jennifer Bradley filed Senate Bill 1024 late last year, which press reports show was written by the largest power company in the state, Florida Power and Light. SB 1024 — along with companion House Bill 741 — face only a few steps left to pass. If Florida utilities are successful, SB 1024 would essentially end the only solar-friendly policy the Sunshine State has: net metering. 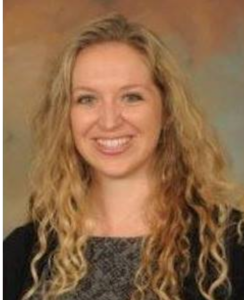 Net metering allows electricity customers to generate power with rooftop solar and receive a credit for any excess solar power they don’t use, which is sent back through the power lines directly to neighbors. Because of this excess solar power provided to the grid, fewer fossil fuels are burned and less pollution is created.

Florida voters rejected a similar attack on net metering in 2016 by voting down constitutional ballot initiative Amendment 1, which was promoted with over $26 million, primarily from utility companies. In writing SB 1024, utilities in Florida are going around voters, to the detriment of our health and our wallets.

I stand with healthcare clinicians across the state who strongly oppose SB 1024 which, if passed, will result in increased air pollution in Florida. It is well established that air pollution from the burning of fossil fuels causes heart attacks, strokes, diabetes, high blood pressure, cancer and multiple other diseases, making fossil fuel combustion the fourth leading cause of avoidable death worldwide for both men and women, according to the Global Burden of Disease study published in The Lancet in 2019.

One study published in the Proceedings of the National Academy of Sciences estimated that the burning of fossil fuels causes approximately 200,000 deaths in the U.S. every year, making it one of the highest causes of avoidable deaths here. These estimates of pollution’s effects on mortality are likely an underestimate as we are learning more with each new study. For example, a recent study by the Harvard Center for Climate, Health, and the Global Environment also found an association between long-term exposure to air pollution and COVID-19 mortality.

Burning fossil fuels is also the main driver of climate change. The changing climate is negatively impacting human health in Florida and, unless we act, will worsen. This is truly an all-hands-on deck situation to avoid the worst implications of a warming world.

Net metering and rooftop solar also save everyone money. While prices for solar systems dropped dramatically in the last decade, prices for methane gas burned at power plants are sky-high. Currently, Floridians spend close to the equivalent of 2/3 of our state’s budget — around $60 billion annually — on fossil fuels imported from outside the state. Imagine what would happen to our state’s economy if Floridians could keep that money in their pockets by reaping the benefits of renewable energy. To get there, we need solar-friendly policies like net metering, which has helped lead to the creation of 40,000 solar jobs in Florida. These same jobs are now at risk should SB 1024 pass.

All of Florida’s big power companies just got massive rate increases, and are passing on billions of dollars in additional costs for fossil gas to Floridians because they invested in expensive power plants fueled by polluting fossil fuels instead of promoting policies to advance renewables. Now they are doubling down to prevent Floridians from being able to choose whether to implement solar on our own rooftops.

How can you help? Tell your state representatives to put the interests of Florida citizens’ health front and center by protecting solar, and please tell them before it’s too late.

Shauna Junco, a Clinical Pharmacy Specialist in Infectious Diseases practicing in Orlando, is a member of Florida Clinicians for Climate Action.

Save the endangered Florida panther. Here’s how

by Tampa Bay Times Editorial Board

Save the endangered Florida panther. Here’s how