The recent Supreme Court ruling about EPA’s authority is about the separation of powers, not whether utilities should burn coal

by Bob Bunting
in Influencers
0

By now you have read how the U.S. Supreme Court has blocked the EPA from reducing some CO2 emissions that are causing the climate to become dangerously hot.

But is that really what happened?

To review, the U.S. has a system with an Executive Branch lead by the President.  The Congress is at the top of Legislative Branch and it makes the laws and approves budgets.  Finally, SCOTUS tops the Judicial Branch and it rules on questions of law.  There is a purposeful separation of powers so that one branch cannot overstep its authority under the Constitution.

The 50 states have their own power that is different than federal power — more separation of powers.  While this may sound simple, it can sometimes be a hot mess. To understand what just happened we must understand civics.  I wonder if most Americans could give the civics basics above?

You may be surprised to know the SCOTUS decision did not rule on the use of coal.  It ruled that the EPA was stepping across the blurry boundary between what is law and what is regulation.

The court ruled that the EPA was regulating in the absence of a law passed by Congress. Therefore, its regulation was not valid.

Congress passes laws.  Government agencies like the EPA can regulate under the law but can’t create regulations not authorized by law.

In this case, SCOTUS ruled that the EPA had no authority to regulate coal emissions without congressional legislation.  The justices did not say burning coal was good and they did not rule that the government could not limit emission of any kind.

So, what’s the problem here?  Sadly, the executive branch in recent administrations has used executive orders to further its agenda. Also, agencies have issued record numbers of regulations.

Both are, in part, due to Congress abdicating its responsibility to make laws. The inaction of Congress has prompted other parts of the government to push the line as far as they can to make up for this inaction.

The Court is reining in this trend.  Blaming SCOTUS, in my opinion, is misplaced.  If Congress passed a clear law to end coal emissions and then the EPA made enforcing regulations, then SCOTUS wouldn’t have any constitutional beef.

What about coal emissions?  Coal accounts for about 21% of U.S. emissions from power generation while providing just 12% of total energy use. 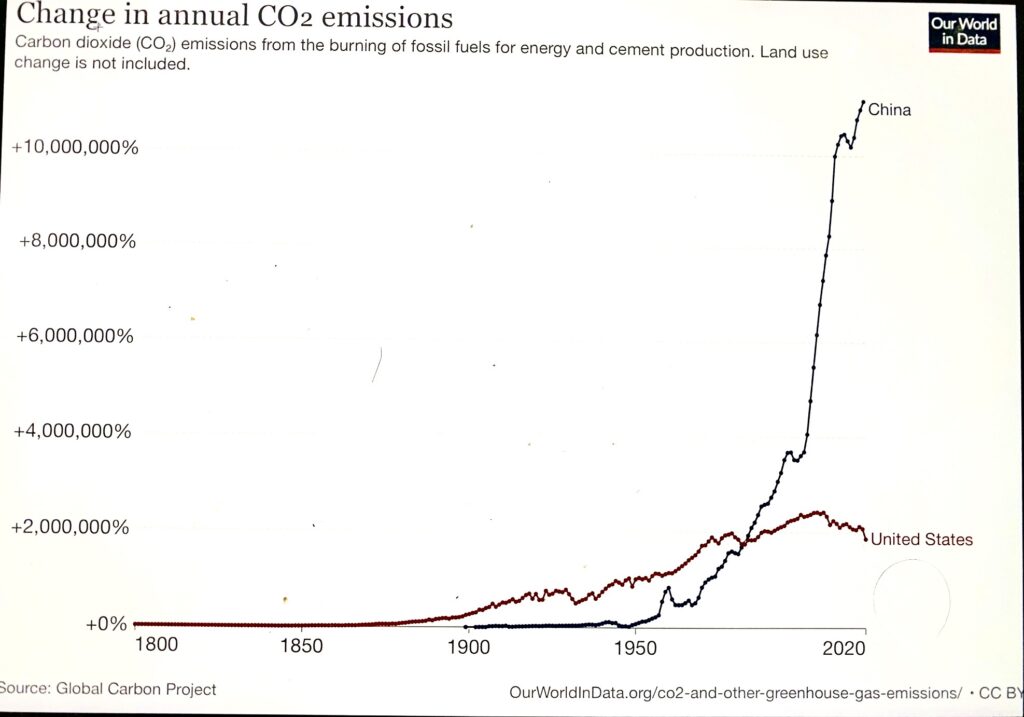 There are fewer coal-fired plants now than 50 years ago and almost half of the remaining plants will be retired by 2030.  In fact, energy produced by coal has declined from over 50% in 1990 to its current 21%.

The U.S. has 232 active coal plants today; China has over 1,100.  The U.S. is shutting down plants; China is building or has planned 240 more and other developing countries plan many more.

Today, U.S. coal fired plants emit around 3% of the world’s CO2 emissions.  In less than a decade, that number will be around 1%.

I don’t like the effect of the SCOTUS decision, but taken in context our country has much bigger fish to fry.  Perhaps Congress should look in the mirror or the voters should do their job.

The U.S. should use its foreign policy to provide the best technology to the developing world where most of the new emission will come from in the decades ahead.

Nuclear power plants have not killed anyone in the U.S., the UK, France or Germany and they emit no CO2.  Yet this power source is not considered safe or green.  No power source is without some risk and improved nuclear plant design and operations provides the U.S. with a key economic and climate positive option.

We need to look at the facts. We can move forward to create a safer climate for the human race.

Let’s get going. The CAC is working to help solve the climate issues from the ground up. That is something we can do together!

Bob Bunting is a scientist, entrepreneur and educator and is the CEO of Florida’s CAC in Sarasota.  The CAC brings together scientists, academics, the private sector and goverments to help them understand the risks and opportunities a warming climate presents for Florida. Check out our website here and be sure to subscribe to our newsletters.  You can become a member or make a tax- deductible donation.

Photo of the Supreme Court was taken by Mr. Kjetil Ree.This file is licensed under the Creative Commons Attribution-Share Alike 3.0 Unported, 2.5 Generic, 2.0 Generic and 1.0 Generic license.