by Florida Atlantic University
in In The News
0

Belief in climate change among Florida Republicans has climbed to nearly 9 out of 10 adults, apparently trending upwards, according to a new analysis of five sequenced surveys since 2019 conducted by researchers at Florida Atlantic University.

The climate change issue may therefore no longer be an effective campaign trail theme for the state’s party leaders as both parties gear up for the midterm elections. 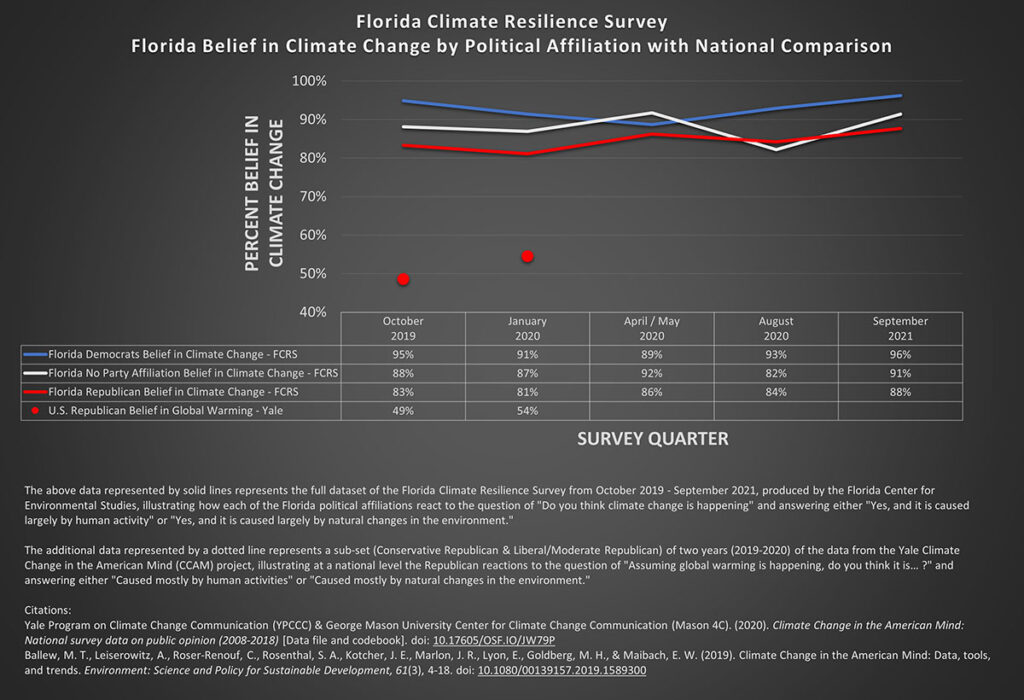 The latest of the five surveys was conducted in English from Sept. 1-18, by the Center for Environmental Studies at Florida Atlantic University. The sample consisted of 1,400 Floridians, age 18 and older, with a margin of error of +/- 2.62 percent.

The data was collected using an online panel provided by GreatBlue Research. Responses for the entire sample were weighted to adjust for age, race, income, education and gender according to the 2019 American Community Survey from the U.S. Bureau of the Census.

It is important to remember that subsets carry with them higher margins of error, as the sample size is reduced. FAU’s Business & Economics Polling Initiative assisted with data collection for the first four surveys.

The climate summit in Scotland was disappointing, but climate activists have the momentum needed to protect our future

Want to save Florida? Go outside

The climate summit in Scotland was disappointing, but climate activists have the momentum needed to protect our future