Sea levels could rise precipitously if a glacier in Antarctica collapses; we need to prepare for worst-case scenarios

By a panel of six experts

Persistent sea level rise presents protection risks to society with expected costs in the trillions of dollars.  Public officials often base their assessments of that risk, and what they deem the appropriate level of protection, based on model estimates of how quickly sea levels will rise in the decades ahead and by how much.

Scientists are observing many of these accelerating ice melt phenomena for the first time and cannot know the precise time frames. However, if polar ice melts faster than models estimate, we won’t know about the threat until it’s too late to take action.

Given the costs of being wrong about the rate of accelerating melt, and new risks from destabilization of the Thwaites Glacier in the West Antarctic Ice Sheet, we pose a key question: Are the financial and social risks to society too great to NOT be protected for 2 feet minimum of rise by 2030?

Most models show far less rise by 2030, but given the uncertainty of glacial melting we should be planning for very serious flooding.

New data from the Thwaites Antarctic Glacier demonstrates our case.  Sea levels could rise precipitously, as shown in the accompanying graphics of the Thwaites Glacial Collapse, based on the latest data from NASA.

Unfortunately, what happens in the Antarctic does not stay in the Antarctic: Thwaites Antarctic Glacier is already the greatest contributor to global sea level rise, currently providing 2% of global ice melt. Collapse of Thwaites will increase that contribution tenfold.

Ice-penetrating aerial imagery collected in 2015-2017 by scientists at NASA’s JPL showed nine miles of “explosive & disturbing” large-scale ice melt under the Thwaites grounding line, resulting in a large water-filled cavity under the ice. The grounding line is the point at the sea ice/rock/ocean interface where the glacier’s slippage is slowed by the bedrock.

Sea water penetrating this basin is expected to accelerate Thwaites’ inward ice collapse and outward flow of melt water and fractured ice. The IPCC states that estimates of flooding from sea level rise need to be recalibrated based on such substantial melt changes in Antarctica.

To preserve commerce and national security with a margin of safety, the 3.0 RELi national consensus resilience standard proposes that by 2030 the new construction standard for buildings, homes, and infrastructure in coastal areas must incorporate protections against at least 2 feet of sea level rise.

Fortunately, tens of trillions of investor dollars can be put to work in private sector green bonds for individual building and regional government protections. Such financing will be proposed on Sept. 28 at the Higher-Rated Green + Resilient Building Bond CEO Summit, and RELi 3.0 Resilience Standard national public meeting. 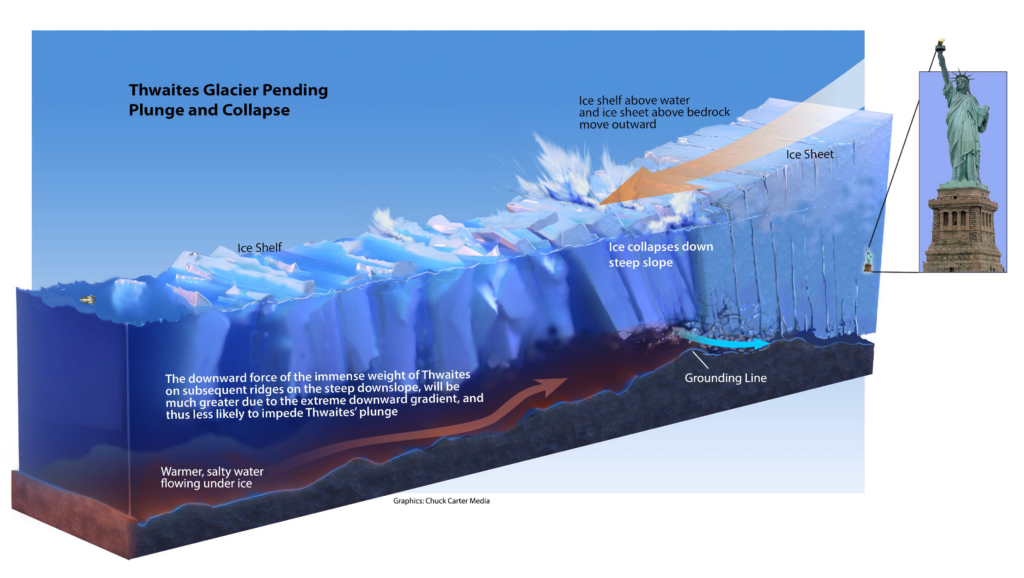 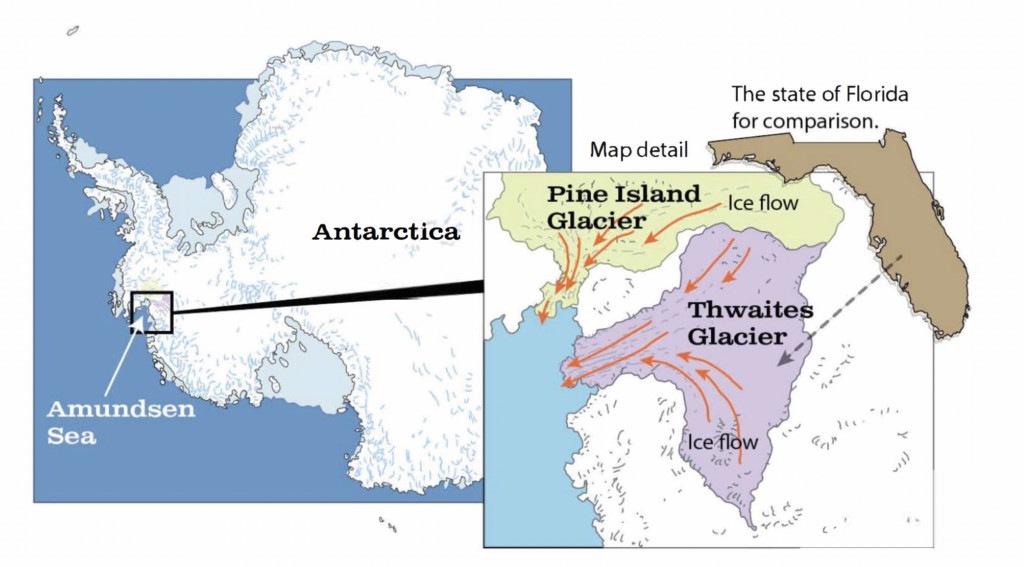